“I have a balloon fetish and I want to get a custom video” is something we don’t hear nearly as much as some of the more “typical” fetishes, like a foot fetish, or a fetish for large boobs — but it’s more common than you’d think. And can actually be pretty damn sexy to even the uninitiated, given the right custom fetish model and the right setting/atmosphere.

– Inflaters: Looners who like to inflate balloons, usually with their mouths, or watch other people blow them up. They get turned on with each puff of air entering the balloon, causing the balloon to grow larger and more taut.

– Poppers: Looners who like to pop balloons, or squeeze the balloons playfully until they pop, or bounce around on them until they pop. Some Poppers even get a thrill from “torturing” the balloon in various ways.

– Non-Poppers: Looners who like to play with balloons, bounce on them, squeeze them, fondle them, watch others fondle them, etc. but for whom the act of actually popping the balloon is avoided; either because it’s simply a not a turn-on, or it’s an absolute turn-off, or because the mere idea of popping the balloon causes anxiety. Some Non-Poppers even have a fear of balloons popping.

So what personality types are attracted to balloons as a fetish? 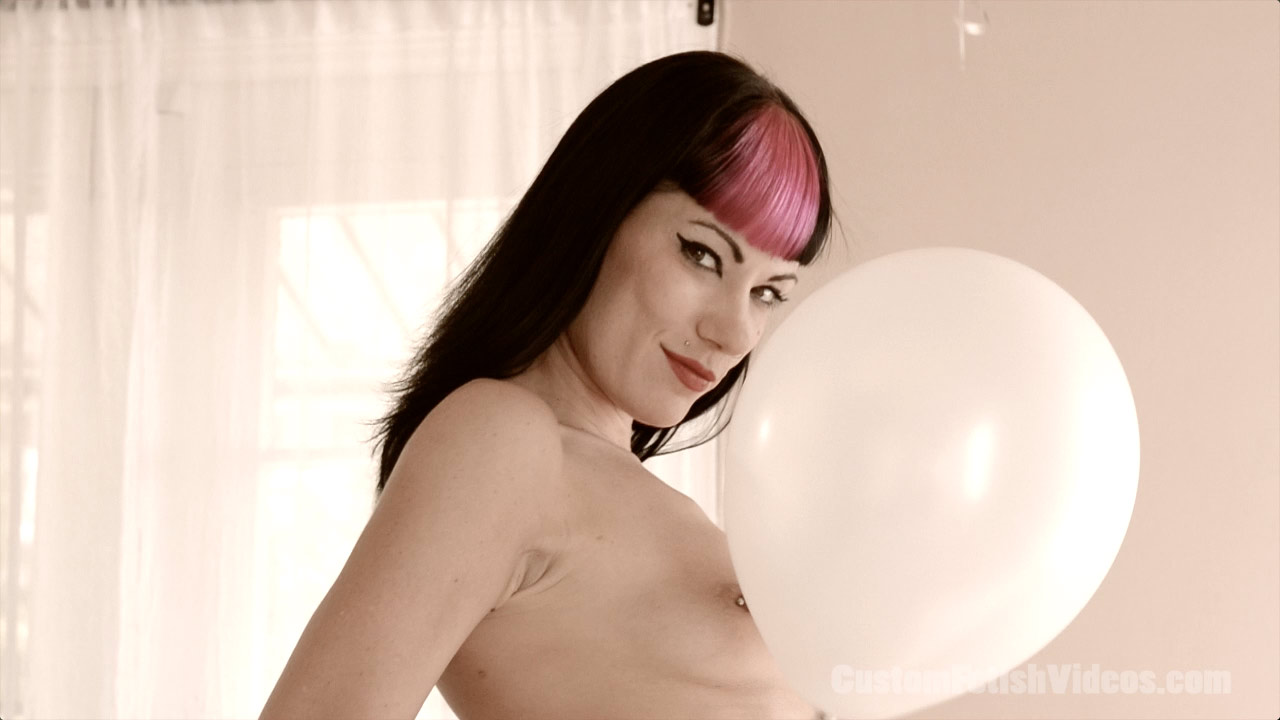 Like many of us, the looner personality type who gets off on suspense probably enjoyed suspenseful films, sporting events, and video games much in the same way we do. Being on that “edge” of not knowing what’s going to happen next is not only a thrill, but actually turns them on sexually. And what can be more suspenseful than holding a balloon in your hands, squeezing it, or watching an attractive man or woman squeezing it, and not knowing when it’s going to pop? Looners who are poppers and looners who are non-poppers both have members in their ranks who can be easily categorized as The Suspense Fan personality.

When it comes to balloon fetishes and their many permutations, the sky is the limit!